The underside of the cards: an excellent issue of geopolitics

Summary of the show

In a very synthetic way, the underside of the maps presents in the form of 10-minute episodes, the strategic, geopolitical or political issues hiding behind a current or past map of a region of the globe.

The strength of this series, in our opinion, is the fact that it presents in a fast, clear and understandable way for all geopolitical issues.

It's a great show for anyone who wants to better understand the complex world around us.

Jean-Christophe Victor, director of LEPAC (Laboratory of Political and Cartographic Studies), teaches geopolitics at the War School (Interarmed Defense College) and at the IIAP (International Institute of Public Administration). He is the author of:

All episodes of Unders are unfortunately not available in Dvd but Arte Video regularly publishes synthesis Dvds bringing together broadcasts related to a common subject, these are some of the syntheses that we have selected for you.

An essential cartographic journey to understand the pressures and threats that weigh on our planet. 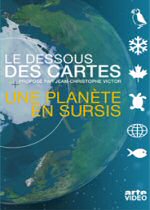 DVD Summary: Editorial by JC Victor - Deforestation: the case of the Amazon rainforest - Desertification - Pollution of the seas: The causes - Pollution of the seas: The solutions - The "Far North" under attack - Interview with Aqqaluk Lynge - Gulf of Guinea: oil or ecotourism? - Water and megalopolises today - Water on earth in 2025 - Hydropolitics: the dam on the Yangzi- Large dams: towards hydraulic dependence - Climate warming: the story by the ICES.

On May 1, 2004, 10 countries joined the European Union. Le Dessous des Cartes analyzes the formation and future of this “first voluntary empire”. 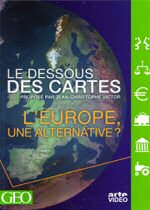 DVD Summary: Editorial by Jean-Christophe Victor - The 10 new members - The consequences of enlargement - What borders? - Poland, Europe of transport: 1 / States of the Places 2 / Options - The regional policy of the European Union - What European security? - A Europe outside Europe - Kaliningrad: a “Russian island” within the Union? - Turkey: once again at the crossroads - News from the Balkans - Moldova: a geopolitical case study.

80 maps to understand the constants and evolutions of American power. 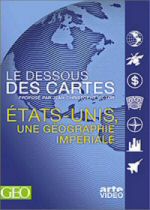 Cradle of the Arab world and of Islamic civilization, holding more than half of the world's oil reserves, the Middle East is a central stake, a geopolitical pivot. In the Middle East, competing national, regional and international strategies clash. 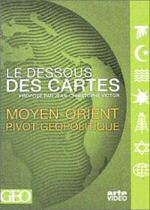 DVD Summary: Editorial by JC Victor - The Middle East: Cradle of the Arab world and of Islam - Oil dependency - Regulation of the oil market - The too simple maps of Islam. - The States: Turkey - Egypt - Jordan - Syria - Saudi Arabia. - Tensions: For or against Anglo-American intervention in Iraq - Jerusalem, one city, two capitals? - Israel-Palestine, towards a separation? - Kurdistan, a nation without a state - Iran's geopolitical nightmare - Afghanistan, the return of peace? - A journey with Corto Maltese: from Turkey to Samarkand