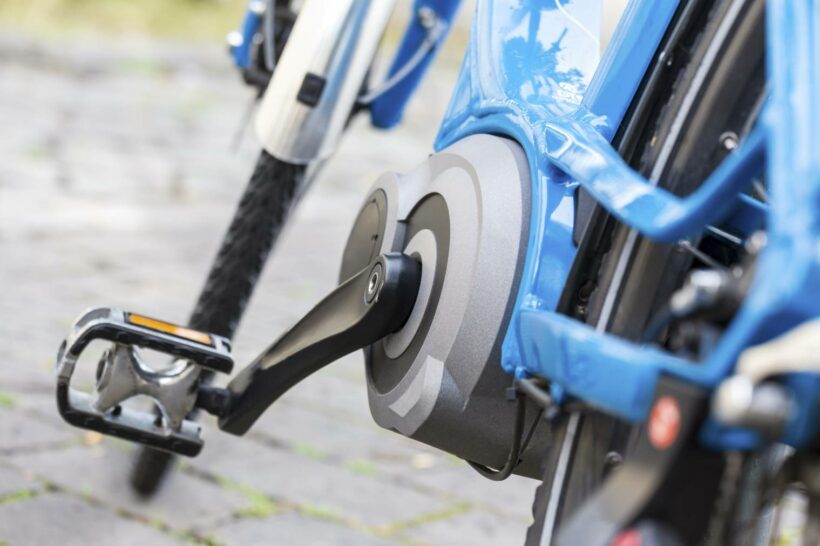 With more than 514 units sold on French territory, the market for electrically assisted bicycles (VAE or VTTAE) has grown by around 000% between 25 and 2019. This high growth during the Covid-2020 crisis has continued. explained by three main reasons: the health protection provided by an individual means of transport, the efficiency of the technology of electric bicycles which is now very mature and their prices rather affordable. Indeed, by looking a little, we find models for less than 19 € new in 500. What should be remembered about the different eBike technologies available on the market? And what are the price ranges offered for these electric bicycles?

Update on the technologies of the electric bicycle market

More and more widespread in French cities, the electric-assisted bicycle has already attracted more than one individual by its technology which differentiates it from the classic bicycle. The electric bicycle - also called e-bike, vae or mountain bike - has a auxiliary electric motor powered by a battery rechargeable. This electric system provides additional power to the effort that the cyclist provides, thus making it possible to ride at a speed significantly higher than that of a conventional bicycle and especially with much less effort. The regulations require that the pedals need to be actuated for the electric assistance to take place, whether it is limited to 25 km / h (assistance stops beyond) and that the engine power must be 250W (350W in point peak). Autonomy for its part strongly depends on the use, ie the terrain and the cyclist. It is between 30 km for the most basic models (ie the cheapest) and up to a small hundred km for the most expensive models ... see more, for those homemade like the 2 presented in photo below.

The Covid crisis has changed the transport habits of many urban workers wanting to avoid crowded public transport. Many French people have thus chosen the electric bike back to work

There are different technologies of electric bikes today, depending on the location of the motor. Among the most famous models, we can distinguish:

This is the VAE model whose engine is mounted on, or rather “in”, the front wheel. This technology was quite widespread a few years ago in France and in the rest of the world because it is the easiest to assemble. Usually used in entry-level models, it offers the advantage of being accessible at reasonable prices. With the motor integrated into the hub of the front wheel, this model of bike gives the rider the feeling of being pulled forward. Easier to maintain, the engine mount in the front may present grip problems on slippery or wet roads, as well as a gyroscopic effect combined with heaviness of the steering which can be disturbing when handling the bike (“Solex” effect) ...

A front engine mounting thus limits the power that the engine can pass to the wheel, in particular for odds or difficult passages. There is no ATV with an electric motor in the front wheel!

Please note that it is also easier to steal a front wheel than a rear wheel! So beware!

Electric bike front mounts have therefore become increasingly rare and if you have the choice, at an equivalent price, prefer a rear motor.

This model of VAE integrating the motor in the rear wheel is in a way a more advanced version of the electric bicycle. Indeed, the cycling experience remains almost identical, since the bicycle is propelled by the rear wheel. This electric system offers a more rigorous and more comfortable ride, with a excellent grip and road holding. Some enthusiasts even ride their two-seater bikes with this technology.

The drawback with this type of electric bicycle is that the weight distribution can be balanced: the weight is found on the rear wheel, especially if the battery is mounted on the “luggage rack”. A significant part of the total weight being at the rear, the front wheel often tends to lift, especially in climbs and acceleration.

Central motor in the "Bafang" or "Bosch" type crankset

The last possible assembly and the most recent and technologically successful, is the VAE with motor in the crankset. This is the assembly which has been the standard for several years for electrically assisted mountain bikes (VTTae). It is highly regarded for its excellent stability and regulation of power, engine torque and therefore assistance.

Contrary to the 2 other assemblies, the power of the engine passes entirely in the chain. The central position of the engine balances the masses, which improves driving comfort and optimizes road holding. In addition, the electrical system being associated with the pedal box, the energy of the motor is transmitted directly to the crankset. This ensures a higher level of comfort during assistance. This type of electrification can easily reach the 70, 80 or even 90 Nm against 65 Nm for systems where the motor is located at the wheel.

As for the weak points, this model of VAE hardly has any except perhaps a premature wear on certain models of the gearbox integrated in the crankset. Early models were known to be noisier than other types of e-bikes, but this problem has been corrected on later models.

Its higher price is the only downside of this technology: VTTae can exceed 5000 € and is therefore often offered on high-end models.

In general, electric bikes are accessible at an average price of between € 1500 and € 2000 on the French market. We can find promotional models for less than 600 € or even less than 500 €. The exact price of an eBike may vary from one manufacturer to another depending on the technology used and the quality of the material. Thus, buyers find themselves faced with a very varied price range which depends in particular on the capacity of the battery and therefore on the range which can vary from 30 km to 90 km for most electric bikes on the market. Thus we find the following ranges:

The models offered from 500 € are generally very basic and not very resistant and enduring (range of 30-40 km at best). On the other hand, with a budget of 800 to 1400 €, it is possible to afford an average quality VAE well suited to the city with a range of more than 60 km. However, models available for this price range typically use older assistive technologies.

To have a more efficient model located in the premium range, you need a budget between 1400 and 3000 €. For this price range, manufacturers offer electric mountain bikes with very good quality equipment.

As for the VAE offered at prices exceeding € 3000, these are very high-end models. These include high-power electric bikes with very recent technology and cutting-edge equipment. With this type of bike, the power is no longer limited to 250W so it is possible for the cyclist to reach up to 45 km/h with assistance according to engine power.

But be careful, in this case we go into the category of Pedelec, whose regulations are rather restrictive: registration, helmet and bike insurance are necessary! A shame that severely limits the development of fast electric bikes ... Especially when you see some ultra dangerous electric scooters exceeding 80 km / h, without a helmet, without insurance and without license plate!

A question ? Visit our forum electric bike if you want to talk about your experience with the electric bike or if you have a purchase (or conversion) project