The new anti-pollution standards are more and more demanding. They have pushed car manufacturers to address the issue of reducing pollution and the need to act to preserve our environment. It is from this ecological emergency that AdBlue was born. But what is it really about? Is it a truly spectacular product? And are there any downsides to using it? We guide you to a better understanding of this product.

THEAdBlue is an additive developed for meet the specific needs of the diesel engine, while limiting the polluting impact of this fuel. A tank to receive this liquid is installed on new vehicles placed on the market and which are subject to the Euro 6 standard in application since September 1, 2014.

These vehicles are specially equipped with a selective catalytic reduction system (SRC). This device is suitable for reducing emissions of carbon monoxide (CO), unburnt hydrocarbons (HC), fine particles (PM) but also nitrogen oxides (Nox). The SRC has already been present since 2005 on heavy goods vehicles and tends to impose itself on new vehicles leaving the factory. It is developed to reduce our impact on the environment and deal with the inconvenience produced by the diesel engine.

How does AdBlue work? 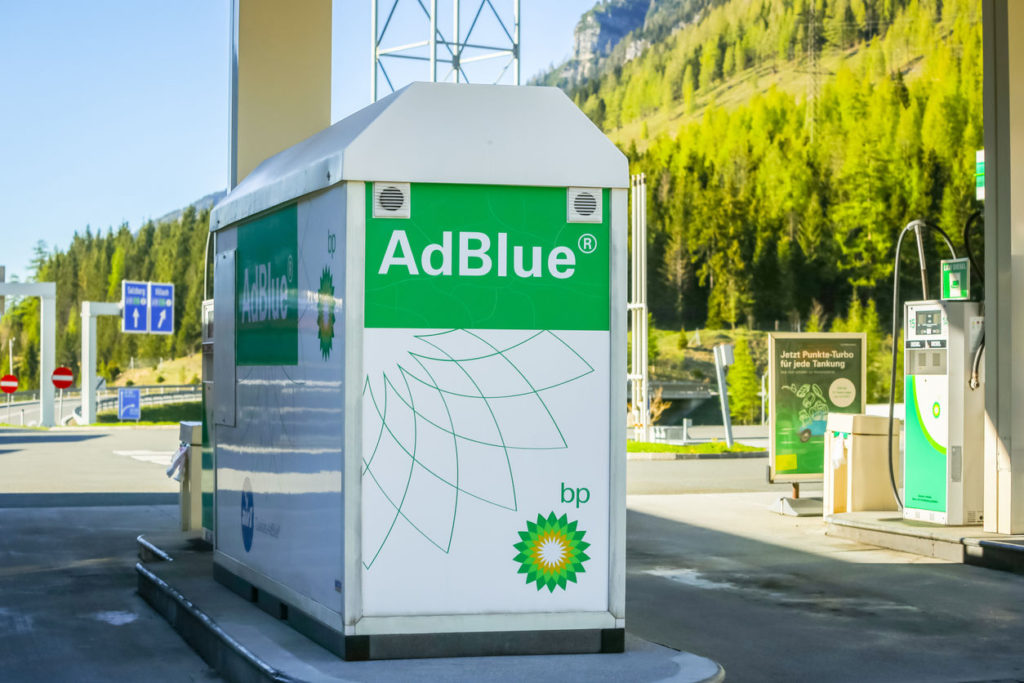 This additive solution is used in the SCR to transform nitrogen oxides into nitrogen and water vapor which are naturally present in the air we breathe. The action of AdBlue converts a harmful polluting gas into two elements that are not dangerous for nature and our health.

This solution, composed of demineralized water (67,5%) and urea (32,5%), does not present a risk of explosion or risk of igniting. It is not aggressive for the environment, but can become corrosive when it comes into contact with certain metals. AdBlue guarantees the standards by respecting the ISO 22241 standard and the DIN 70070 quality. Using other additives would be risky for the durability and operation of your vehicle.

Read also:  The cost of using a bicycle

When AdBlue is injected into the catalyst, it enters into a chemical reaction with the exhaust gases and attenuates the presence of polluting components. The ammonia molecules that are present in urea are released to oxidize the Nox produced by a diesel engine. The transformation is moving towards the production of nitrogen and water vapor, which are then released into the ambient air. The action takes place as soon as the temperature of 190 ° C is reached.

Which vehicles use AdBlue?

Only vehicles with an SCR system can use the AdBlue additive. The latter is already present on part of the truck fleet. It is installed on many other vehicles such as utility trucks, camper vans or even people carriers and 4 × 4 vehicles. For some time now, many vehicles have been fitted as standard with an SCR which is composed of a catalyst, a specific tank for AdBlue, an additive injection unit and a control to properly dose AdBlue. Furthermore, the product is only intended for engines powered by diesel.

How should you use the Adblue additive?

This additive should not be mixed with fuel like many other additives. Vehicles fitted with an SCR must have a tank adapted to accommodate AdBlue. The additive must therefore be added to this reservoir, which is closed by an easily recognizable blue cap. When the tank is empty, a warning light comes on on your dashboard to warn you that you need to top up AdBlue. The tank is located in different locations depending on the vehicle model. Thus, it can be located in the same place as the fuel tank hatch, but also under the hood of the car or in the trunk. You should know that a vehicle with SCR will not work if you do not add AdBlue.

What precautions should be taken ?

The product is not harmful to the environment, but it can be corrosive when in contact with certain materials such as metal. So avoid spilling it when you fill your tank. Clean your hands after use.

Regarding the conservation of cans, you have to be very careful. AdBlue does not tolerate UV rays and risks losing quality if it undergoes any type of contact. It should therefore be stored in a place protected from light. It also does not like extreme temperatures (freezing and hot weather), the ideal temperature to store it being between 0 and 30 ° C.

In addition, it does not withstand storage that exceeds 18 months. So quickly use the doses you have and buy the containers according to your needs. You will find ibc 1000 liters in bulk, cans of 210 liters or 10 liters. Choose the solution that best suits your AdBlue consumption.

Advantages and disadvantages of AdBlue

This product has many advantages, but also some disadvantages that must be taken into consideration.

Learn more? Ask your questions about the forum transport and engines

4 comments on “AdBlue, to limit the pollution of diesel vehicles”