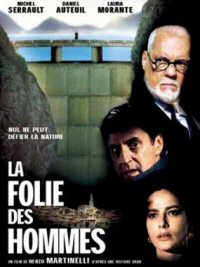 In 1959, the largest dam in Europe was to be built in the Vajont valley.
Begun at the end of the fifties under the direction of Carlo Semenza, the work encountered many difficulties. His second, Biadène, ignores natural dangers. Its main concern is the opposition that the project meets with local populations. Tina Merlin, communist journalist from Unita, is the figurehead of this protest.
The completion of the works threatens to be delayed due to the fragility of the land. However, the dam is completed and the reservoir is at its maximum height. The drama is inevitable.

A true and moving story that shows how the pursuit of recognition and profit blinds and scorns engineers. Their decisions will however lead to the death of several thousand people despite all the warning signs, deliberately ignored by those in charge of the project in order to meet the deadlines and not admit their wrongs ...

Read also:  A citizen perspective on the economy

Should we see an analogy with global warming? Nothing is less sure…

If the actors are good, the production could have been more polished, it's a shame.