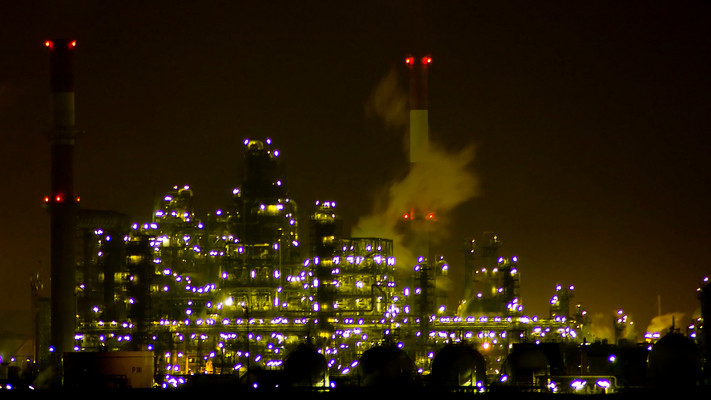 El Khomri Labor Law: to oppose the reform of the Labor Law, the unions are now brandishing the weapon of massive economic destruction (hey yes…) by blocking refineries and petroleum fuel depots! And that could work to make bend a government which, on this blow, does as it pleases!

He will be stronger than oil #NuitDebout? On Econologie.com, we think so!

Indeed; the energy blockage is a strategy that works rather well to make governments bend, so much our economy is dependent on oil. Fuel stocks, apart from refineries and oil depots, are indeed very low (a few days)! Proof of this is that in less than 24 hours of blockage, the Service Stations of many departments, mainly in the West, have already taken rationing measures: 20L for light vehicles of less than 3.5 tons and 40L for the heaviest ...

More or less recent social movements have already refineries lock: it always ended either by a government back either by acts of violence to forcibly unlock the refineries or fuel depots! About the evolution of the current potential shortage, see this Article World.

As a reminder, a last blockage dates back to the fall of 2010 concerning the pension reform and we initiated the debate at the time: oil, stronger than the unions? Debate which therefore remains very topical! Today the debate is strictly the same since only the reasons for the blockage change ...

And also 2010, the government minimized the risk of shortages, very real though, at least for some places! Here is what Jean-Louis Schilansky, president of the French Union of Petroleum Industries (Ufip), said at the time:

There remains “between 7 and 10 days” of fuel stocks available, declared Monday Jean-Louis Schilansky, the sixth day of the strike in the refineries of Total. Ufip had indicated last week that stocks represented “10 to 20 days” of consumption. "Inventories fell a little more than expected."

To finish and expand on the substance of the problem, that is to say employment, here is an interesting and comprehensive debate on the deep and structural evolution of the labor market in recent years (and the next ones, because on econology we know to anticipate): Labour market: all unemployed tomorrow?

It is for the same basic reasons for the evolution of the labor market that the idea of basic income is starting to get serious consideration by many governments around the world, but this… that's another story!