Studies on the health scale of the Chernobyl disaster divide. Exaggerated or minimized, they serve the objectives of the anti and pro-nuclear. The only certainty is that there is no comprehensive health inventory since the explosion. 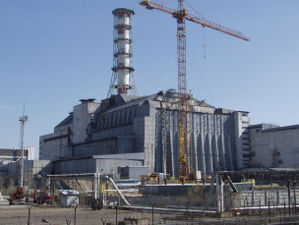 On the eve of the anniversary date of the Chernobyl nuclear disaster, the controversy over its health consequences has resumed. In their sights: the assessment drawn up by the International Atomic Energy Agency (IAEA) and the World Health Organization (WHO) in September.

Their experts concluded at nearly 4 the number of deaths due to cancer induced by radiation, among the "liquidators" (firefighters, soldiers and civilians requisitioned to "secure" the area) and the inhabitants of the affected areas. Ukraine, Belarus and Russia. These official screenings aroused strong reactions. Starting with those of environmental defense organizations which have counter-attacked by presenting their own assessments. Thus, according to a Greenpeace report, the number of potential deaths due to cancer is closer to 000. In addition, according to a British scientific study, recently made public in Kiev, the number of deaths linked to Chernobyl should reach between 93 and 000. The impact on the mental and psychological health of affected populations is also taken very seriously, especially as 30 million people still reside in contaminated areas.

Manipulation of the numbers?

Difficult to navigate in this war of numbers, each accusing the other of manipulation. “The figures from the IAEA and WHO can only be wrong because they come from fragmented epidemiological data. There is no exhaustive census on the consequences of the Chernobyl disaster in terms of health ", explains Professor Angelina Ivanovna, president of the" Physicists of Chernobyl "association. “Publishing such low forecasts is of particular interest to the nuclear lobby; this helps to minimize the impact of Chernobyl in public opinion. I see no other explanation because, to date, it is impossible to say how many people have died directly from the consequences of the explosion, nor how many are at risk of dying in the months and years to come ”. And also to mention the hundreds of thousands of "liquidators" who were sent home, in the former USSR, without anyone knowing what became of them.

In addition, the IAEA and the WHO would not take into account the other proven victims but also to come from a radioactive cloud which has at least affected the entire northern hemisphere. "The report does not take into account the increases in thyroid cancer recorded for example in Bulgaria or the Czech Republic and which could be attributable to Chernobyl", notes Angelina Ivanovna. Finally, again underline the detractors of the report, the latter can only speculate on the situation in Belarus - which received 70% of the radioactive fallout - on which still weighs a heavy burden.

Alarmist or minimalist, it's a safe bet that no one will ever be able to establish the exact number of victims due to the Chernobyl disaster. “This is not the question. To exaggerate or minimize, it remains a question of strategy. In its day, overestimating the effects of Chernobyl was also intended to promote the financial generosity of the G 8 ”, recalls Angelina Ivanovna.

Econology note: faced with these facts and the blatant partiality of the IAEA, it is legitimate to be concerned about the position of the IAEA in the current Iranian crisis.