Energy balances and greenhouse gas emissions from biofuel production chains in France. Summary note (December 2002). Download the file (a subscription to the Newsletter may be required): Energy and CO2 balances of different biofuel sectors

Can developing countries be allowed to pollute as much as we, rich countries, have polluted? Before being partially engulfed by the flood of rain that flooded 75% of the Indonesian capital in early February, Jakarta had already had its share of bad news. One of them, which concerns air pollution, would make the flood almost enviable: according to [...]

After Oslo, Stockholm, Singapore or more recently London, it is the turn of Milan to set up, from this February 19, a toll destined to raise its bottled and polluted downtown. Non-residents will have to buy an entry ticket whose price will vary according to the pollution generated by their engine. This […]

Global warming, nuclear energy and environmental issues are constantly on the agenda. A number of "ecologists" - such as Nicolas Hulot - claim that environmental issues transcend class struggle and the opposition between rich and poor. Balivernes! The ecological problems, and the potential environmental disaster that we face, [...]

Governments in Europe, North America and Asia all adhere to an energy policy that integrates the development of biofuels and bioenergy. British Columbia's forests provide a major asset for biofuel production based on wood. The University of British Columbia (UCB) thus has, within its Faculty of [...] 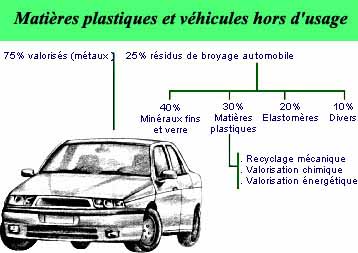 Treatment of motor vehicles at the end of their life After use, motor vehicles are shredded with household appliances and demolition scrap for the recovery of metals. This operation generates Grinding Residues (RB). About 25% of the initial weight of a vehicle is in these BRs, a third of which […]

Portal Environment, developed by Recyconsult, brings together 13 specific websites dedicated to the environment and sustainable development to enable everyone, according to his expectations, to quickly and efficiently access the information he needs. This set of sites is the ideal tool to support Internet users throughout their environmental journey. The gate […]

This news follows this previous news: a credible explanation for water doping in thermal engines. Following some disputes from people not wanting to register as a member of the site to download this famous document, we decided to make it "free" access (ie without having to register ... ] 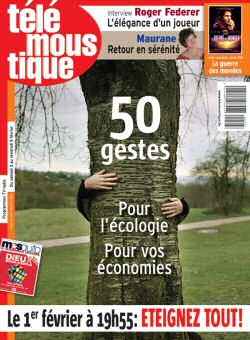 After the Radio (see here: econology and RTBF), a Belgian magazine evoked widely the notions of econology and econological. This is the latest issue of Télémoustique (the Belgian equivalent of Telerama) which is the cover: In addition, Econologie.com appears on the official Télémoustique website, click here. The 50 econological gestures in TeleMustique on forums

The word "econology" was quoted last Friday several times during a radio interview of a Belgian deputy broadcast on a major Belgian radio: Radio Premiere RTBF. "Can we reconcile economy (s?) And ecology? Jean-Pierre Jacqmin receives Jean-Marc NOLLET, MP and leader Ecolo in the House. It will notably question the proposals of Ecolo [...]

"Public Questions" of 8h40 of Friday 2 February 2007 on the RTBF. "Can we reconcile economy and ecology? 7.43: Jean-Pierre Jacqmin receives Jean-Marc NOLLET, MP and leader Ecolo in the House. This will include Ecolo's proposals for the economic redeployment of the country. Download the file (an inscription to the Newsletter can [...]

The econology aims to show that it is possible to reconcile economy, ecology and environment. Do not hesitate to visit the forums energies and the environment et join a very active community of over 20 members!